Election Day was a few days ago.  There still isn’t a result.  Like so many Americans, my family has been locked to their televisions and Twitter accounts like there was a pandemic keeping us home.

No matter what side of the political spectrum you fall on, people feel like the outcome of this election will shape this country for decades to come.  Perhaps those people are right.  In a moment of introspection yesterday morning, I had a bit of an epiphany, that and a ringing hangover, but let’s keep focused on the epiphany.

Here it is.  I can’t change anything.

No amount of nerves and Twitter scrolling will change whatever outcome is headed our way.  Full stop.

That’s not to say that I don’t care who wins.  I absolutely do.  I am someone who believes that the decision made this week could affect my kids twenty years from now.  I’m sick of the craziness of the last four years.  But none of that will affect the outcome.

I work from home and usually have the news on in the background, which is the worst brand of ambient noise, but yesterday I listened to music all day.  It was delightful. My wife and I went out for a beer with a lovely couple last night.  We sat for a couple of hours talking about running, and football, and kids, and work.  What we didn’t talk about was the election.

There are bigger things at play to be sure, but I now realize that it doesn’t have to overtake my life.  Its freeing.  Today I listened to music from all over the world while I worked.  I never tuned into the election.  Tonight, I intend to watch football and hang out with my kids with full knowledge that the country is on fire in more ways than one.

I’m hoping that I wake up in the morning and its, at least for the most part, over.  I’m hoping we as a country learn to agree to disagree better.  I’m hoping that there is a return to dialogue and decorum. I’m praying for normalcy.  Finally, I am hoping that my wife gets to tell my girls that a woman is the Vice President of the United States. 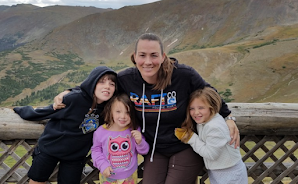 The lesson here girls?  Pretty simple, actually.  Its important to stand up for what you believe in.  Its important to fight the good fight.  Its also important to know what you can and cannot control.  I don’t think it’s a secret that I am not a supporter of the current administration.  Girls, you know exactly how I feel about it.  But sitting around wringing my hands and cursing at the television won’t change anything.  The fact is that there is a bigger picture to me.  Since you girls have been walking the earth there have been three women on major presidential tickets.  I’d just as soon as not have them go 0 for 3 in those elections.

So, girls, America is ready to have a woman run it.  If not now, soon.  And if not soon, then maybe one of you will have to do it.  Now, excuse me, I need to generate another stinging hangover so I can keep this chipper outlook.

Posted by chrisliam at 7:32 PM

Email ThisBlogThis!Share to TwitterShare to FacebookShare to Pinterest
Labels: being a dad, being a daddy, election day, parenting, parenting article