So, It Just Comes in Threes, Right?

Macy had a week.  She had an absolutely craptastic, shit-fest of a week.  It was one of those weeks that through ten-year-old eyes feels like being knocked down and then kicked and kicked.

Macy found out that one of her best friends was moving out of state.  It was really weighing on her.  She tried to keep a stiff upper lip, but truth be told, this friend encapsulated what Macy thinks of as ‘cool’.

I remember kids like her when I was young.  A kid that always knew what was cool before the rest of us.  They were the ones that pushed boundaries.  It was like they had a special report on ‘hip’ that I was never privy to.

Macy’s friend shaved the side of her head and always had a different hue hinted in her blonde locks.  She is a paddleboarder, a skateboarder and was among the first in her grade to have a cell phone.  Macy couldn’t help but look up to her and I think got a little star-struck when her admiration was returned.  They were a good pair.  I get why Macy was upset.

That week, Macy also had soccer tryouts.  It wasn’t merely a formality, but it was close.  Macy’s team was very good, and I could hardly see the league disbanding them.  The Rapids had informed us that they were trying to limit tryouts due to Covid, but we were later informed that, in fact, all three of our girls needed to tryout for their individual teams.  Avery, my eldest had the first tryout.  She struggled.  In an unfortunate turn of events, due to scheduling, all three girls had to sit and wait for the others to complete their tryouts. Avery was in near tears when her tryout was over.  I didn’t think it went as bad as she did, but I didn’t love her odds either.

Then it was Darby’s turn.  More often than not, my youngest didn’t seem to realize that soccer is a competition.  I assumed that she would A) not make a competitive team or B) care.  She had a fair tryout and then immediately left the field to play with her puppy without a thought of making a team.

Macy went last.  Her tryout was about an hour.  In the spirit of transparency, she was slow to start.  After the first five or ten minutes, old Macy came out and I was very comfortable with her performance.  I worried about Avery and Darby, but Macy?  Not so much.

Avery would find out that night that she had, in fact, made the team she wanted to make as had a few of her close friends.  She was overjoyed and proud of herself.  We were told that it may be up to 48 hours before we heard results, so we were thrilled to get early notification. 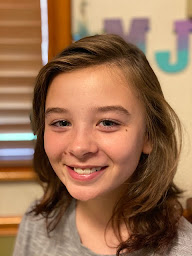 We were floored.  Someone somewhere had made a mistake.  Macy had long thought that her coach had a problem with her.  I dreaded to think that the ten-year-old may have been right.  The exponential problem was that one of her best friends was moving and many of her other friends were on the team she was just cut from.

The next day was a morose one around our house.  Macy was trying to get a hold of her friend before she moved but for a few days she was sent straight to voicemail.  My suspicion is that they already moved.  We tried to keep her spirits up, but she decided to take a nap.

She was only upstairs for a couple of minutes before she came down, her hands cupped holding something.  Her tears were fresh.

What she held was her hamster.  I don’t know why, but the little guy had passed away sometime that morning.  Ham Solo was a good hamster, short of the fact that he picked the worst week possible to shed his mortal coil.

The look that was on Macy’s face was one I’ve never seen in one of my kids.  It was resignation.  It was helplessness.  She was upset to find out that her friend was moving.  She was crushed to find out that she hadn’t made her soccer team.  The hamster left her defeated.  She asked if we could go for a car ride.

We took a ride around a mountain lake a few miles from our house.  She said that she was feeling something she hadn’t felt before.  That she felt like she was waiting for the next thing to happen.  Like something was stepping on her not letting her catch her breath.

I understood. For a ten-year-old, that’s a lot to deal with.

There is a lesson here, girlies.  Yeah, it was a bad week.  It was.  By hook or by crook the world conspired against Macy.  She had no control over her friend moving or her hamster dying, and truth be told, I don’t think she had a ton of control over soccer either.  It’s how you deal with it, and Macy dealt with it great.

My wife was able to talk to someone at the Arsenal soccer office and got her a one-on-one tryout.  She killed it. The coach was floored by her performance.  He said that he couldn’t believe that the Rapids would have let her go.  She wound up making a team a level up than the one she was discarded from.  She let us know that she would use this season to get better.  She would make her old team next time around.  She may, she may not, but I love her pulling herself up and saying so.

We also got her a new hamster as well.  Derp Vader isn’t quite the pet that Ham Solo was but he’s working on it.