For the last three decades or so my Thanksgiving table has always regaled out guests the guests with the story of me (loudly) asking in a grocery store check out line if the person in front of us was “a boy or a girl”.  Apparently, my seven-year-old eyes had never seen a man with long hair and it confused my little brain.  My aunt tried to explain that it was a man, but, as the story goes, I wasn’t done asking questions (loudly).

Fast forward to 2018.  I’ve had discussions with my daughters about gender and race and about anyone being able to love anyone they choose.  We’ve taught them that judging people for things outside of their control makes them a bully.  We’ve tried to cover all of our bases, but you never know.

A few days ago, I had dropped off my two older girls at their respective soccer practice and took Darby home to get her ready for hers.  As we got out of the car we were greeted by the noses of two dogs who were eager to make Darby’s acquaintance.  Holding the dogs was a young woman who explained that she was new to the neighborhood.  I introduced myself, as did Darby.  We discussed dogs for a moment and explained that she may be seeing our dog, Otto, around the neighborhood as he is a bit of an escape artist.  A few moments later, our new friend introduced her fiancé, who was also a pleasant young woman. 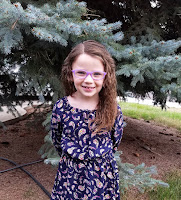 Here is the part where I tell the reader that I’ve explained to my daughter that anyone can love anyone, but I was also waiting to find out if those lessons stuck.  I was waiting for my “is that a boy or a girl?” moment.

That moment seemed longer than most.

Then she asked her question.  My heart stopped as I waited for the rush of embarrassment.  Her question was “are your dogs getting married, too?”

“No sweetheart,” the first of the young women laughed, “they’re just friends”.

I don’t know whether or not the ladies heard my exhale but we spoke for another couple of minutes and Darby continued with the dogs.

When we walked into our house Darby looked at me intently.

“She was a girl” She asked.

“And her fiancé is a girl?” she pursued.

“Well yeah, but do each one of them own one of the dogs or do they both own both?”

I smiled, “We’ll have to ask them next time.”

The lesson here girls?  Not much of one really, because it seems like the lesson has already stuck.  I’m always proud of you three for how you treat others.  I think that there are a lot of adults who could take a lesson from you three.

Maybe the lesson is for me.  Maybe the fact that I had doubts about whether or not Darby would say something inappropriate it a sign that I’m a dinosaur and that the next generation has us covered assuming we get that far.  I hope that’s the case.  In the mean time, I think I need to look into dogs getting married.  I think Otto would like the idea of having a Mrs. Otto in his life.
Posted by chrisliam at 11:19 AM No comments:

My home has been invaded.  Over the years we’ve had a house fire, we’ve had a break-in, we’ve seen storms and financial hardships.  There have been scary times for us, but this invader is not like any we’ve ever encountered.

We noticed it emanating from our downstairs bedroom.  From Avery’s room.

You could barely notice it at first.  If my wife hadn’t pointed it out I wouldn’t have seen it.  It came in like a lamb, but it would soon be a lion.

It was so subtle that I convinced myself it was no big deal.  Realistically, it wasn’t even affecting me.  It seemed to be taking the worst toll on Avery, of course, but my wife as well.

I’ve heard of guys having the same problem in their homes and I decided it was an obvious overreaction.

It started to affect me, too.  It started small.  I asked Avery if she had a good day at school and instead of her usual response of “It was great!”, I got an “it was fine”.  No big deal.  I pursued it a little and decided that she was tired and needed a little less phone time before bed.  No problem. 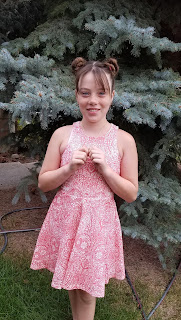 A few days later I asked her to straighten up her room.  She was having a friend over before soccer practice the next day and this was the only time she would have to clean it.  She said she would get it taken care of and I left it at that.

An hour later I went downstairs to her room.  She was watching T.V. and her room looked like a bomb went off in it. Her response was that she will “get to it”.  It was a very un-Avery response to an Avery situation.  We had a discussion about responsibility and listening, but it seemed to go in one ear and out the other, even more than usual.

The there was the smell.  Her feet, her room, her clothes all took on a different smell.  The more she sealed herself in her room the denser the smell became.
I finally asked my wife what was happening.  “Are you sure you want to know?”  was her response.
“Of course.” I answered.

Of note, I put “you don’t want to know” in the same camp as “does this smell funny to you?”.  These are phrases that are a get out of jail free card that are readily ignored.  “Of course,” I answered.  I’m an idiot.

“Well, our little Avery is becoming a young woman.” She said.

I’m an idiot, and I think my face must have reflected it.  Like if you hand a monkey a cell phone.  Curious but dumbfounded.

In a rush, a flood of hints flashed through my head.  I think I’ve washed training bra’s, her friends are getting taller than me, her interest in stuffed animals and Disney programming is almost non-existent.

Puberty.  Damnit.  This was my little girl.  When my second was born Avery and I became best of friends.  Mommy was occupied with new baby.  We’ve always had a special bond.  She is shy like I was growing up.  She’s an avid reader.  We wrote a book together.  My initial response was that she betrayed me.  Stupid, I know, but why was my little girl becoming a lady?  It’s too soon.

The lesson here, girls?  Or should I say young ladies?  Daddy is here for the long haul.  I’m proud of you and all you are becoming but that doesn’t mean that I’m not going to get squeamish from time to time.  I’m going to miss the little girls that you were but that doesn’t mean I won’t take you to the store for things that make me uncomfortable.

Long story short?  I’m here for you.  I’ll talk about whatever you want.  I’ll do whatever you need.  Just remember, Mommy loves this stuff, so maybe try her first!
Posted by chrisliam at 1:46 PM 1 comment: