Uh Oh, Someone Left Some Ceiling On The Floor

There are times where this blog is tough to write, where ideas don’t pour out or the subject matter is a little difficult.

Today is not one of those days.

Yesterday morning I had a planned run with my wife and some friends.  My middle decided to tag along and we headed off to the Colorado/ Wyoming border for some windy, high altitude running.  I was reluctant.  I hadn’t been training due to a hamstring injury I endured playing, wait for it, kickball!  My God I’m getting old.

Needless to say, running at eight thousand feet, undertrained and less than motivated was not a recipe for success.  I was nervously drinking coffee and driving north.  Macy had fallen asleep in the back seat and Adrienne sat quiet, nervous as she hasn’t been trail running either.  The car was unusually quiet.  I was considering the fact that I hadn’t taken my allergy medication and that a few ibuprofens may have made my back feel a little better for the run.  Did I mention that I am getting old?

I reached down for my coffee and noticed Adrienne is a weird position.  Her phone was in her lap and she was looking at the roof, crying. I’m an idiot for not immediately knowing what had happened.

I knew instantly what she was saying.  This wasn’t a “trash the current administration” thing.  It wasn’t a “Go Biden” thing.  Those tears were tears of joy because a ceiling has been broken.  A glass one that she thought was going to get broken four years ago.

She woke up Macy and told her what had happened.  Kamala Harris had won the Vice Presidency.  The first woman to hold the spot.  A woman of color.  A black woman.  An Asian woman.  It shines a light for many people across this nation.  In my car, for my wife and daughter, it was the ‘woman’ part that really struck home. 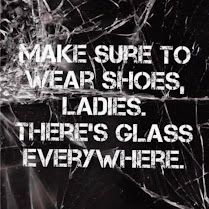 Adrienne called my other two daughters, who didn’t get the news firsthand as they did not want to get out of bed to run(decisions have consequences).  She was beaming.  The looming run had all but been forgotten.   We parked and met our friends, who were having a similar morning.  We talked gleefully in a way that I don’t often do before a run like that.  My wife made a friend at the bathroom of a woman who was also grinning from ear to ear.

I kept that joy in my heart for the first quarter of a mile until I saw exactly what kind of run I had gotten myself into.  Side note: Jon, you are a bad friend and I should not let myself get talked into your ideas.  See you next weekend.

The lesson here girls?  This is a big one.  You can do anything you want in life.  The last election left us all licking our wounds a little.  I remember you three questioning why our country would elect someone who seemed “mean” and wouldn’t vote for a woman.  I remember trying to explain that wasn’t really what happened, not totally believing it myself.  I remember my sister saying that our country would never elect a woman for national office.

Those conversations are over.  An overdue, two hundred-year-old wrong has been righted a bit.  A woman is in the White House, at least in the West Wing.  So, to those who begrudge the election, I get it, we all want our team to win, but for a moment, just a moment, think of the women around you.  Think of the people of color.  Let them have their moment in the sun.

So, to my wife and daughters, to my mom and my mother in law, to Lisa and Aunt Rosemary.  Today is a good day.  There are plenty of struggles in this country, to be sure, and plenty of work to do.  For one weekend, we should set that aside and celebrate the election and what it means to so many marginalized people.

Now, if you’ll excuse me, I need to lie on the couch and ice my legs.  I’m not getting any younger.

Email ThisBlogThis!Share to TwitterShare to FacebookShare to Pinterest
Labels: being a dad, being a daddy, dad, kids, parenting, parenting article