Its Uggs or the Chefs. A Raider Fan's View of a Not So Super Sunday

Sometimes these posts get a little light and sometimes I aim to make people smile.  This is not one of those posts.  You see, last Sunday both the Kansas City Chiefs and Tom Brady were able to make it to next week’s Super Bowl.

Sure, to some of you this is a fairly innocuous situation.  Those who aren’t particularly bothered by this aren’t fans of the Las Vegas Raiders.

You see, as a Raiders fan, there is no good option for the Super Bowl.  First of all, there are the hated Chefs making their second consecutive appearance in the big game.  In the Raiders division, there are probably no bigger rivals.  Unfortunately, for the last, two decades-ish, The Raiders have been less than equal competition.  Last season, watching the Chefs raise the Lombardi trophy, was akin to watching your kid sitting the bench while the opponent hits a game winning home run.  It was stomach turning. 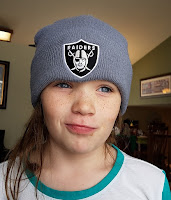 Kansas City not only broke a decades long drought of Super Bowl squalor, they also look primed to do the same thing over and over again.  They have the best quarterback in the league, perhaps the best tight end and a ton of playmakers on offense.  It’s terrible.

Their opponent is the Tampa Bay Buccaneers.  I am able to ignore the fact that the last time the Raiders were in the Super Bowl it was against them and I can dismiss the throttling the Raiders took.

The bigger issue is the quarterback of the Bucs.  In the off season the Buccaneers added Michigan alum and all-around dung heap Tom Brady.  Speaking on a personal level, years ago Tom Brady replaced The New York Yankees and intestinal flu as things that turn my gut.

You see, January 19th, 2002 Tom Brady was the quarterback of the New England Patriots.  He was nothing remarkable at the time.  The legend of Tom Brady should have started a season later as the Raiders seemed to have knocked Tommy Uggs out of the playoffs.  Late in that game at Foxboro Field Charles Woodson stripped Brady of the ball assuring the Raiders of a win.  But as the celebrating started, something awful happened.  Something so terrible that it was clear that the football gods had conspired against the Silver and Black.  The officials got together searching for a way to take the game from the Raiders.  They uncovered a little-known statute called the “Tuck Rule”.  The rule basically states that any time the Raiders come close to any modicum of success the officials are required to yell “Tuck You, Raiders” then take a win away from them. Tom Brady went on to win the Super Bowl, the Raiders went on to a few decades of obscurity.

Of note, I had tickets to that Super Bowl assuming the Raiders went.

The lesson here girls?  Probably not a great one.  Let’s try, if you aren’t cheatin’ you aren’t tryin’?  Nah, probably a bad lesson.  How about this.  “Sometimes you’re going to lose no matter what you do.”  I can live with that one.  Be it on the soccer field or on your bike or in the classroom, despite your best efforts things are bound to go against you sometimes.  You may fall on your bike or play a team you just can’t beat.  You will be in a no-win situation here and there.  I guess that’ll have to be the lesson.

Yeah, the Chiefs will win, or Tom Brady will win, and the world will keep on spinning, I guess. In the meantime, we can hope that there is a problem with the stadium’s plumbing and the game has to be cancelled.  A boy can dream.

Posted by chrisliam at 9:01 AM

Email ThisBlogThis!Share to TwitterShare to FacebookShare to Pinterest
Labels: being a dad, being a daddy, parenting, parenting article, super bowl, teaching kids