I was recently talking to a couple of buddies about being fathers.  The conversation was pretty funny but something stuck out to me the next day.  I had made a comment about iPads, or school, or diet or sports (it was a long conversation late into the night) and one of my friends said something that I didn’t expect.  I’m paraphrasing when they said, “Yeah, but you’re a really good dad.”
It was said as a joke but it got me thinking.  The last thing I want to do with this blog is to come across as high-and-mighty.  I looked back at my previous posts and think that I genuinely show how inept I tend to be as the ‘old man’ to my kids, but if not…here goes.

My intention, from this point forward, is to pepper my postings with stories of exactly how unprepared I have been over the years.  This will be one of these postings.

We were having dinner the other night and Avery asked about stories when she was a baby.  One that I recall was from the months after she was born.

During those months, Adrienne had gone back to work and I was working nights as a bartender.  I was also just finished with my degree and as fate would dictate, I would need to go to campus to turn in some paperwork to my department on the Colorado State campus.  The woman who worked behind the desk was a lovely woman named Marnie.  I had known her for a year or two longer than I should have but was happy to see her one last time. 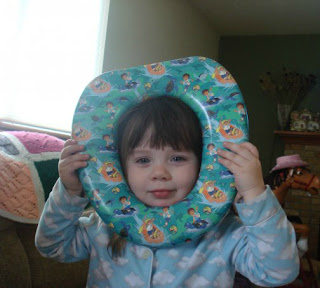 Key to this story is that Avery hadn’t pooped in a couple of days and was extremely grouchy about it, as anyone of any age would be.  She was fussing in her carrier on the Marnie’s desk while she filed my paperwork across the room.    With Marnie’s back turned to us, Avery finally let loose what she had wanted to relieve herself of for the previous 48 hours.  What came out of her was a sound that echoed through the entirety of the English department and the smell that followed is usually accompanied by a zombie or maybe a Kraken.  My initial response was shock then relief when I looked into my Avery’s smiling face.  The relief was short lived as a flood of realizations came to me.

First, it dawned on me that the carrier she was in may not be a large enough vessel for the crap-wrath that had been unleashed upon it.  The diaper had been breached in every imaginable capacity, and the carrier itself looked to be the next to fall.

Second, wipes.  Adrienne had purchased me a slick Jeep brand bag that looked more like a workout bag than its diaper toting cousins. Despite its utter lack of embarrassment factor, I still left it dead center of the kitchen counter.  Loaded for bear, sure, but utterly useless in its present locale.

Finally, there was Marnie’s  glare.  What I hadn’t noticed in my flood of emotions is the fact that Marnie had heard what had transpired, obviously, and smelled what had transpired, unavoidably.  The look I received was akin to one that one would give to someone going barefoot in a gas station bathroom.  It was pure disgust, from the sweetest little old lady ever. It took a second to sink in; she thought I was the culprit.  That these vile smells exist inside me.  That I was such a person who would let fly such olfactory malfeasance and not excuse myself to do so.  The realization of the situation his me like I’m sure the smell hit her.  Instead of explaining or showing her the crap covered child that would exonerate me completely I chose to scramble out of the building.

I found myself at my car now not knowing what to do.  Could I possibly go back inside to scrub this child?  Maybe find an unsuspecting restaurant on the way home where I could lay waste to their bathroom?  I settled on making the drive home, carefully, not turning hard enough for the contents of the carrier to spill their way onto my car’s interior.

I got home and pulled into the front of my house, not opting for the driveway for spillage sake.  I took my still smiling daughter into the house to figure out my next conundrum; how do you clean a half gallon of poo with wipes and warm thoughts?  The answer, you don’t.

Now, I’m not proud to admit that I was discovered by my wife a few minutes into my child cleaning in the back yard with a hose, a spray nozzle and a bucket of soapy water.  Suffice it to say that it worked and Avery survived.  Those two elements make this a win, not a blowout victory, but one in the ‘W’ column.

So the lesson here little ladies?  I suppose there are a few of them.  The first of which is that Mommy and Daddy aren’t perfect.  Far from it actually.  You’ll look back when you are young ladies and your little minds will turn to some of the things we did wrong.  Fair enough, but keep in mind we really did try our best.  Which leads me to the second point, you have a few people in your life, myself included, who will literally scoop you up out of the poop and clean you off.  There is no amount of bad that can come out of you that I won’t help you hose away.   It’s nice to know.  Grandma will sill clean the poo off of me, and Mimi and Poppy are still hosing Mommy off from time to time.  Someday, you’ll be that for your sisters, too.  I suppose that’s a huge role for all of us, 'poo hosers', one and all.
Posted by chrisliam at 3:05 PM