To Be or Not To Be...It's Not Your Decision


The acting bug runs deep in the Jacobson family.  I myself once portrayed the illustrious Grasshopper #2 in "Once Upon a Clothesline" and theatre goes would have seen an impactful delivery boy in "Come Back Little Sheba", so to say I know a little about acting would be accurate.   I do in fact know very little about acting.  I can't speak for my wife, but I can say honestly, the idea of standing in front of people, projecting lines and emoting, sounds like about as much fun as intestinal flu.    So when Avery came home and said she would be trying out for the school play, my emotions were mixed, part of me thought "wow, what a brave little girl".  I was proud of my shy princess willing to put herself out there.  I was overjoyed to know that the crippling shyness I grew up with has at minimum skipped a generation.  The other half of me thought "ugh, why?". 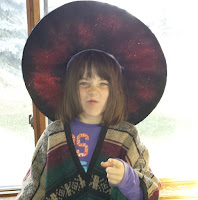 When I was growing up, my dad directed plays for local theatre and made sure that there was always a place for his kids in his productions, hence my less-than-starring roles in "Clothesline" and "Sheba".  I was on   I could understand the desire to write a play, but not any instinct to star in one.
stage just long enough to know that I didn't like it and that I came off about as natural as John Boehner's Tan.

Avery, however, seems to enjoy public speaking and was really excited when the play was announced.  She memorized her little monologue and went off to school ready to perform.  She was trying out for "Twinkle" in the school production "Reach for the Stars".  It hasn't made the silver screen yet, so many readers may not yet know about this highbrow gem.

Long story short, she didn't get the part.  In an unfortunate turn of events, the part went to one of her best friends.  What she failed to disclose to us as she was sobbing into her pillow, is that she did get one of the better parts, she just didn't get the one she wanted.  We consoled her with a family night of a movie and popcorn but I was left with mixed emotions. 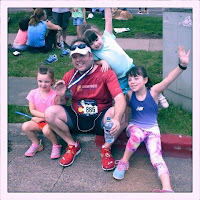 So the take away, girls, as indefinite is it sounds is this: it's great to try to achieve everything you want, but sometimes you need to revel in what you achieve.   There is victory in the effort.  This past summer I ran my first marathon.  I trained, I pushed myself, I endured and in the end I came in substantially behind time I had set as a goal.  During the last few miles I was very down and was beating myself up pretty good.  My sister was kind enough to run the last mile with me and was very supportive but truth be told, I was fairly upset.  "Six months of training in the shitter" I thought to myself as I continually looked down at my GPS watch.  I finished, sat on a curb, beat up physically and pretty worn emotionally.  My family was there, full of smiles and congratulations.  I sat there for a few minutes, more because my legs didn't work than any introspection, and finally gave myself the proverbial pat on the back.  A few years prior, I was far more likely to be found in a donut shop than a marathon, and I had worked hard.  The "try" meant a lot, not everything, but a lot.  Same to you, Avery.  You practiced, you rehearsed, and you won in some way.  If the next play rolls around and you think you didn't try hard enough last time, than try harder, but give yourself the credit for the effort.  Break a leg, sweetheart, turns out I felt like I did during the marathon.
Posted by chrisliam at 9:06 AM