What Color Are Mermaids Anyway?

I work online and therefore; YouTube tends to be the soundtrack of most of my days.  I listen to the news, music, audio books and movie trailers.  I listen to stand up comedy, sports blogs and spoilers.

And movie and television reviews.

It’s the last one that I’m writing about today.

A few years ago, there was a rumbling of Idris Elba playing James Bond.  To me, he’s a perfect fit.  Handsome, sophisticated and a better-than-capable action star.

The internet did not agree.  Not because he couldn’t act, or he has some personal history that would disqualify him.  James Bond is traditionally played by white actors, and Elba, while sophisticated, has a pigmentation issue that the internet couldn’t abide.

To date, he still hasn’t gotten the role.

Recently, another role was being awarded. There is a live action version of The Little Mermaid being released, and unlike the 007 series, they cast an African American in the title role.  The internet couldn’t let that slide.

Over a million people “disliked” the trailer and some of the responses to the coming attraction are downright despicable.

It seems closed minded and ignorant to put ones preconceived notions above the direction of the film maker who is laying out hundreds of millions of dollars to make their vision.

In the James Bond example, the objection to a black actor seems awful, in the Little Mermaid, silly. 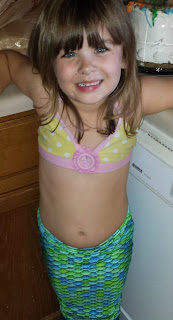 The Little Mermaid is the story of an underage half fish, half teenager who decides that she was born in the wrong body and longs to be transformed into a human so she can be with a guy without fish parts.

Her father objects to her trans desires so she seeks out someone who can perform the procedure without her father’s approval.  In the end, her dad finally, despite her only being sixteen years old, approves of her transformation and marriage.

So, here’s the rub.  People (which may be a loud but small number) object to the skin color of a fictional species but have no problem with her trans lifestyle or the fact that her betrothed is eager to engage in interspecies shenanigans.  Seems like a tremendous oversight.  Maybe as bad as ignoring that Elsa’s parents locked her in her bedroom for a decade because she was different.

The point here little ladies?  Beyond the fish fetish issues?  Its that what’s on the outside really doesn’t matter.  The young lady playing Ariel in The Little Mermaid can act and she is a heck of a singer.  That’s really all that should matter.  The vitriol over a black stormtrooper, or James Bond or mermaid is inexplicable.  In reality, it applies to your day-to-day life as well.  If someone doesn’t wear just the right clothes, or carries a little extra weight or is somehow different than you, let it go, or on second thought, embrace it. We are all the ‘different’ one at one point or another and how great was it when someone understood you or just spent time with you.  For some people, being different isn’t a phase.  Being of a different race, or gender or having a different sexual identity or having a handicap or literally anything else that can offer someone a way to see them as “other” is a way of life.  It doesn’t have to be a bad one.  Different does not equal bad, disliking someone for being different does.

Posted by chrisliam at 1:58 PM