Judging By the Scale, I Ate A Wildebeest In 2020

Every year I post my New Year’s resolutions to my blog site.  I am one of the few people I know that sees January one as a means of hitting a hard reset on myself and generally do pretty well about accomplishing the goals I set for the new year.

I have had a lot of successes over the years.  I’ve replotted my career, run marathons and one year I lost 20% of my body weight.

Last year’s resolutions were easy enough to remember.  I had a race I was going to run, I had weight I wanted to lose, I had career goals I wanted to hit and I had a book that I had done the research for that I wanted to write.  I trained for the race for six months, but along came COVID.  Weight? COVID. Career? COVID.  Book?  Oh, I’d love to blame COVID for that one.

So, generally speaking, I spend the days between Christmas and New Year’s Eve going over my results and plotting next year.  Lose weight?  I was ready to run a tough race in March, now I sweat when I use the steps.  Fail.  Run a race?  I can’t run to the mailbox.  Fail.  The book?  Ugh.

It felt like the disappointment I was feeling was one last kick to the undercarriage from 2020. 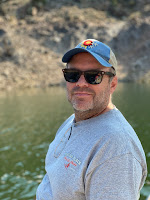 Frustration led me to skip writing my New Year’s post. Then this week I had an unfortunate epiphany.  Why would I only post my year end post when it’s positive.  I began to write the post and it felt okay.  A couple of nights ago I went to bed with finishing it and posting in the morning butt lo an behold, I woke up to a computer that decided that I shouldn’t post it.  My writing was no where to be found.  I see what you’re doing 2020.  Nicely played.

It wasn’t until last night that I decided that I should post something.  I guess, here it is.  My resolutions are ~drum roll~ the same as last year (insert disappointing wa-wah sound).  Twenty pounds, a ton of miles and a book that needs written.

Here’s the thing, girlies.  You can look at failure a few different ways.  It can beat you into submission or you can stand up against it and try to rectify.  Not writing a post this year, at least to me, was akin to not setting resolutions.  Seemed like a great idea, too!  But that wouldn’t make good messaging to you little pumpkins, so I suppose I should stick with the alternative.

Another thing, little ladies, is about giving yourself a break.  2020 was a weird year.  It kept offering things that were difficult to get around.  I failed on a bunch of things.  You can beat yourself up about it or forgive yourself.  The trick is, to forgive yourself but allow a little space for constructive criticism.  Yeah, I put on some weight.  A medium sized dog’s worth.  But I can drop it, too.  I didn’t run as much as I would have liked, but I can sign up for a race and get trotting.

I also didn’t write as much as I should have, and that I have to come to grips with.  That one falls square on me and I have to fix it.

One final note, I’ve loved spending the year with you guys and mommy.  It’s made 2020 a whole lot more bearable.  That being said, I want to expand on it and start to try to harden some bonds with some more extended family.  Looking at you, Philadelphia.  Like so many other things, you can beat yourself up or fix it.  I’ll take fix it, at least 70% of the time!

Posted by chrisliam at 6:03 PM