The Tale of the Woefully Unqualified Teacher/Chef/Maid

This week was the toughest our household has had it since this whole thing started.  It’s not been awful.  Certainly, people have it a lot worse, but this was a tough week.

Perhaps I should offer a touch of back story for clarity.  My wife and I are both still working.  We are fortunate in that regard.  It would be more honest to say that my wife is busier than I can ever remember her being.  She wakes up earlier and goes to bed later than ever.  She has about one hundred fifty people in her office and they all, in some capacity, rely on her to help them through this crisis.

I suppose that’s where the story begins.  While she is working from home, she is always working.  On Friday, she was in one conference or another from 8:30 in the morning until 4:00.  That doesn’t even include her more traditional work duties of recruiting and retention for the office.

I, on the other hand, can work but have definitely seen my workload decrease.  That’s probably a good thing.  You see, I’ve expanded some existing roles and taken on some new ones.  I am now a teacher, who, in most classrooms, would be seen as the “cool teacher”.  I am the entertainment director of a landlocked cruise ship.  I am a chef, a maid, a counselor and then I am a dad and when there’s time, a husband.

I have learned to navigate dozens of educational websites who were clearly built by the lowest bidder.  I’ve committed to several virtual happy hours.  I’ve cooked meals with all of my children.  I’ve played board games, video games and done enough crafts to make your mind bleed.  I have somehow managed to keep myself out of the snack drawer and even plugged some running into the time.

What I haven’t done, at least not enough, is write.  I have three different works-in-progress that I cannot find the time for.  Its inexplicable.  No, that’s not right.  Its simply untrue. 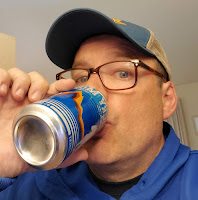 I guess, in all of the chaos, what I’ve not given enough credit to is the below the surface panic that I have.  I’m not sleeping well and having a few more beers than I generally would.  I guess the writing isn’t coming as I’m not feeling funny.  Not funny or introspective or clever or any other emotion that makes one want to sit at a computer and share their words.  I feel worn physically, emotionally and spiritually.  I feel like a worn-out shoe that still needs to serve.  That I can still do the job, just not at the level that I was designed for.

It seems silly to complain considering the state of things.  People are literally dying out there and my inability to turn a phrase is among my biggest problems. I suppose that’s the point though, isn’t it?  That our normalcy has been upended, further upended to be more specific.  Athletes can’t athlete, lawyers can’t lawyer, teachers can’t teach, servers can’t serve.

The lesson here, girlies?  The uncertainty that’s out there right now is stressful.  Perhaps it’s time to realign what is considered normal.  So maybe looking at all of this through a different lens.  I feel like a worn-out shoe, fine, maybe the shoe is worn out because the shoe is loved.  I’m now a chef and a teacher and a maid.  Really, I always have been but there’s been more help.  Maybe it’s a promotion.  Mostly, we get the chance to spend a lot more time as a family.  There isn’t constant soccer practices and carpools and homework and choir and drama and piano lessons.  It’s just us, for a little while.  Maybe it’s time to celebrate the little wins a little better.

Now, for the love of God, put your dishes in the dishwasher and your socks in the laundry.  The maid is getting fed up.