Okay, so I admit that some of my more recent posts haven’t been as uplifting as they had been previously.  I’ll chalk that up to election season meeting the silly season meeting tax season.  To paraphrase my wife, I’ve been running dark, like Tim Burton dark.

There are resolutions I’ve made that don’t seem entirely appropriate for this sort of format, those that involve my wallet, my workplace and some things involving my family, other than that, everything is fair game.  So here goes…

Weight - The tub of goo that I have allowed myself to become over the last, say, four decades, must alter course.  Over the last three or four years I have made some progress in this area but serious steps must be taken.  All of that being said I want to lose twenty pounds this year.  I know what you’re thinking.  I could just cut off an arm or maybe a leg below the knee, sure, but those actions would compromise later resolutions, so I’ll have to do it the old fashioned way, whatever that is. 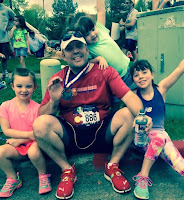 Running – I have become a much better runner in the last few years but not enough gains have been made.  I have run relay races in recent summers and ran a marathon last year and the year before and this opened my eyes to a few facts, the first of which is that I’m not a very good runner.  Chalk it up to a lack of experience or the fact that I carry what amounts to a Siberian husky around my midsection, but I need to get faster.  This year I want to run a sub four hour marathon.  To some, no biggie, to me it might be the equivalent of throwing a nickel in a well and wishing for this to happen.

Kids – They have a laundry list of goals this year and it would be impossible for them to chip away at their lists without the help of their parents.  There are resolutions of 5Ks and piano lessons and soccer goals.  I can’t insure that they’ll achieve any of them but I can promise that I’ll do my part. So Avery, Macy and Darby, I will get the piano set up, I will get the lessons set up and I will help any of you with whatever sports endeavor you choose. Beyond that, it is up to you to get your patoots in gear and achieve what you will. 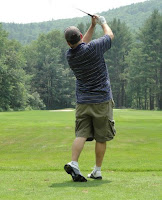 Golf – See, this is why I can’t lose weight by cutting off an appendage, this and marathon training.  Golf may not seem to hold the same importance as the rest of the list but my golf game has regressed continually for the last three years.  Money, time, priority have all had some culpability in this and have left my swing looking something like Elaine Benes dancing. I don’t know where I will find the money, time or the ability to prioritize my golf game, but I will shoot an 80 this year (or at least a 40 over nine holes as that’s all time usually allows for).


I'd also like to spend a little more time fishing on the river and maybe get back into skiing but let's not get crazy.  I imagine that, for this year at least, the trout and trees are safe.

That’s it, my resolutions.  Some pretty specific, some a touch more ethereal.  Feel free to hold my feet to the fire.

The lesson here, girls, is it as simple as ‘daddy is fat, slow and his golf swing looks like he’s swinging an umbrella?’  Probably not.  The lesson is to strive to be better.  I’ve heard it said that it isn’t about being better than anyone else, it’s about being better than you were yesterday.  It’s an idea that I wish I had glommed onto decades ago, but I’m pretty satisfied with how I have done with this over the last year or three.  I’ve seen it in you girls as well.  I’ve watched you three set your mind to something and begin to excel at it, be it bike riding or math or soccer or reading or whatever.  I’m excited to see what you girls do with your year and optimistic about what I am about to do with mine.  Happy New Year's girls.
Posted by chrisliam at 10:42 AM