Sherlock Jacobson and the Case of the Fallen Fir

Christmas is right around the corner and it’s already been an interesting holiday season.  We spent Thanksgiving in Williston, North Dakota which was fun but I’d be remiss if I didn’t say that I wasn’t slightly uncomfortable with gas stations selling both AK-47s and Jack Daniels.


From there, Adrienne and I set about the task of getting the homestead ready for the plethora of visitors we will be seeing over the last few weeks of the month.  We have my in-laws in town just before Christmas and then my family after that. 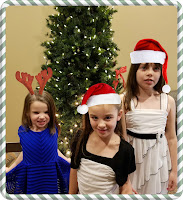 It should be said that my wife loves all things Christmas.  I like Christmas, sure, I like seeing family and having a long weekend.  I like watching my girls get the things, which they believe in their individual heart of hearts, will complete them as people.  Adrienne is different.  Adrienne loves Christmas.  She loves decorating and planning and wrapping and shopping.  There are little things about Christmas that keep me from going ‘full-Whoville’ like my wife.  I am admittedly a touch claustrophobic and in the days it takes to it takes to decorate our home, the living room and family room become a mine field of large Tupperware containers and boxes.  Our plates change, our glasses, our door mat, furniture moves and so do the schedules.  I generally don’t fear change but the upheaval that the silly season brings can be a touch off putting.


Last night, I was asked to stop for milk on the way home.  I went to the grocery store and while I was there I called my wife.  (Fellas, put this phone call in your ‘one less trip to the grocery life hack’ file.)  There was no answer.  It was strange but not so unusual.  I paid for the milk, left and called again from the parking lot.  This is a back-up call that either offers one more chance to get forgotten items or to leave a voice mail confirming that I thought to make both phone call ‘A’ and phone call ’B’. This phone call got her voice mail as well.  Curiouser and curiouser.  I set about the business of going home forgetting that I hadn’t gotten a hold of my better half.  It wasn’t’ until I opened my front door that I knew the reason for the radio silence.


It seems that I had walked in just after the situation in the house had devolved.  Some of what occurs after this point is speculative.  What we know is this.  A catastrophe had befallen our Christmas tree.   Although the tree was upright, he floor was a cacophony of tree branches and ornaments. The tree skirt that the girls made their mother last year was soaked, presumably, with the water that had once been in the tree stand.  The dog was cowering behind the chair opposite the tree and the cat was nowhere to be found.  Of note: Phoebe the cat hates people so her being scarce is not entirely unusual. My children were scattered doing homework in several rooms and my wife was furiously scrubbing dishes in the sink.  The crime scene was set before me, Sherlock Jacobson set to work.


I began evaluating the facts.  The girls scattered doing homework and not greeting me at the door asking for who knows what, means that they are scattered less by design and more by circumstance.  Something startled them into thinking homework was necessary regardless of where they were when it happened.  The cat being gone could mean several things, she was involved or she wasn’t, she’s scared or she isn’t, or could be bothered to care, or couldn’t.  The tree being upright but the ornaments being scattered shows an instant reaction. Setting the tree upright but then walking away from the rest is an act of frustration.  Pair that with the hurried way the flatware is being scrubbed confirms that.  The final piece of the puzzle is the cowering dog.  When added together, the untrained eye would propose that the dog was chasing the cat who then hid under the tree.  The dog, in turn, couldn’t slow fast enough and careened into the tree.  All of this happened just before Adrienne came home with the kids.  The kids scattered immediately and thought it best to be productive as to avoid the wrath that was developing.  The wife then propped up the tree to see the disaster underneath and upon seeing it she went to the kitchen to take out her frustrations on the dishes, sparing the dog in the spirit of the holiday. The dog still cowered because the noises coming from mom meant that while there hadn’t been a beating yet, it was still an option.  Finally, the cat was nowhere to be found because she either didn’t know or didn’t care.


Here is the more likely scenario.  There is a firm chance that I could be blamed for not having put the tree stand not on well enough, or not wiring the tree to the wall or not training the dog to not jump into the tree after Phoebe or a variety of other reasons.  Its also possible that I am not to blame and Adrienne witnessed the whole event.  Its possible the kids were decorating and one of them made a misstep and toppled the whole thing.  Only one thing is for sure, it would be in my best interest to put the milk in the fridge and get to cleaning.  Case closed.


The lesson here little girls?  Well, I guess that doing your homework during the calamity was a smart choice.  But more importantly, and we discussed this recently, it can absolutely be more important to be kind than to be right.  Realistically, I had nothing to do with the tree coming down, nor did you.  What we do know is that mommy had spent the day working on the tree and was now upset and trying to scrub the paint off of the dishes.  It wasn't important what happened, it was important that we helped fix it.  The same thing for you guys when you disagree.  Sometimes, it isn't important to be right.  The way my mom used to say it was "is this the hill you want to die on?".  I watched you girls fight over an extra balloon the other night.  You all had one but decided to fight about the extra one.  At the end of the day, you guys fought, got a lecture from yours truly and no one got the balloon...was that the hill you wanted to die on?  Probably not.  I had the same fights when I was a kid, and truth be told, they all seemed like the hill I wanted to die on.  All these years later, I can't even remember a single one of the fights.  All I remember is that they, along with your mom, are my best friends.  So, yeah, the tree wasn't my fault, but it was also not the hill I wanted to die on.
Posted by chrisliam at 12:24 PM