So for the umpteenth thousandth time this year I have been asked for another puppy.  Those who know me I already live with an awesome dog named Otto.  “Otto the Hammer” as he is known is a bizarrely smart, bizarrely athletic member of our family.  He has the ability to clear a six-foot privacy fence, an ability he uses a touch more frequently than I would like, but as dogs go, he is a good little man and a valued member of the household.  For clarifications sake, we call him “the Hammer” because of his willingness to butt his head, full speed, against our backyard fence as squirrels run across the top.  The effect is a disoriented squirrel dropping to the ground and a disoriented dog.  He’s damaged the fence, and caught a few varmints that he had absolutely no idea what to do with.  All members of the canine and rodent community have survived to date.

Lately, Adrienne has begun to drink the Kool-Aid that the kids are serving.  I am the stand alone in my house denying the kids their new puppy. 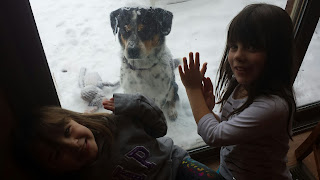 Here’s the thing.  There are more than two types of people in the word, most people see “pet people” and “non-pet people”.  Personally, I fall in the middle.  I like the pets I have (besides Otto, we have a cat named ‘Phoebe’ that barely falls under the category of pet…being un-pettable and all).  I like having a pet that is well behaved, lovable and again, well behaved.
Of the “pet people” in my life, I have my children who love animals in all capacities, except for their pet fish, Skeletor, who has eaten all of his roommates.  All three kids have offered to flush Skeletor themselves in order to clear the way for different sea life.  I have my wife, who due to her rancher upbringing, sees pets as a lovely addition to the family but hardly equates them with an actual member of the family.  I think that this comes from raising and naming pigs only to eventually see them on the breakfast table.  I suppose this gives her a cognitive distance from any four legged member of the team.

As you extend the view beyond our little home, the nearest member of the family is my Mother.  She is a “semi-pet person” like yours truly.  She had a cat we grew up with named Conan.  He was a great cat but after he shed his mortal coil, she went pet -free for a decade or two as it was prohibitive to travel.  She recently decided to get another cat and adopted one from the daughter of her best friend.  Oliver quickly became a favorite of my children.  When she dove back into pet ownership she went full bore, including all appropriate check ups and shots.  The single best part of the ‘Oliver’ experience was the fact that a few months after ‘Oliver’ moved into my mother’s house, ‘he’ had a checkup that necessitated the name change to Olivia.  I guess it’s fortunate that my Mom never bought gender specific cat toys.

Beyond that are exhibit ‘A’ and exhibit ‘B’ in my life.  My sister is simply put, a pet-person, my brother Steve is not.
Jennifer, my sister, has two cats, Frank and Roger.  It is not fair to say that they rule the roost, but they have about the best living situation that pets could find.  She is careful with their diet, their health and who watches them while she is away.  At one point, years ago, she owned a pet who literally saw her through the biggest transitions in her life and Jen reciprocated as Bill got ill and eventually left.  Her willingness to extend herself for Bill as his condition lessened was inspiring but as a ‘semi-pet person’ was more than I could have done.  She deserves a ton of credit.   Honestly, every pet should have someone who cares about them the way she did Bill.

Annnnd then there’s my brother Steve.  I remember him owning a couple of cats (but may just be one cat with multiple names).  The names were P.I.T.A, and acronym for Pain In The Ass and Burlap, because at times it was asking to be put into a burlap sack and tossed into a river.  Pita/ Burlap was never tossed into a river but my estimation is that it probably didn’t see the same care that Bill, Frank and Roger has seen.  He now has a dog named Bentley who is certainly is key member of his family and, because of his adorable face, because of my brother’s maturity or more likely, his wife’s and children’s influence, seems to have transitioned Steve from ‘non-pet’ to ‘semi-pet’ ish. 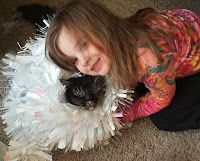 I certainly fall between Steve and Jen.  I like what I have, but am scared of buyer’s remorse on the next one.  Otto is a good dog, not without his flaws, but a good boy.    I worry that we don’t get as lucky with the next one.

Okay my little ladies, this time’s lesson is more of a lecture.  I’m probably not ready for another dog and I guarantee Phoebe is definitely not ready for it.  Our non-pettable pet would die if we brought your little bundle of joy into our home.  Despite her abrasive nature, she has been with us twice as long as any one of you have and deserves consideration too.  She is above the “Burlap” treatment and above the “Skelator” solution.  Let’s all let her bid her own adieu before we look into another adoption.  And frankly, in spite of her 18 years on earth, she is merely a kitten, so we should be able to revisit this conversation just about the time Avery is heading off to college.  That should be about the time when Old Man Otto is ready for a playmate and Daddy is ready for another puppy.  I can hold out that long assuming Mommy never weighs in, so admittedly, I’m screwed.
Posted by chrisliam at 4:32 PM